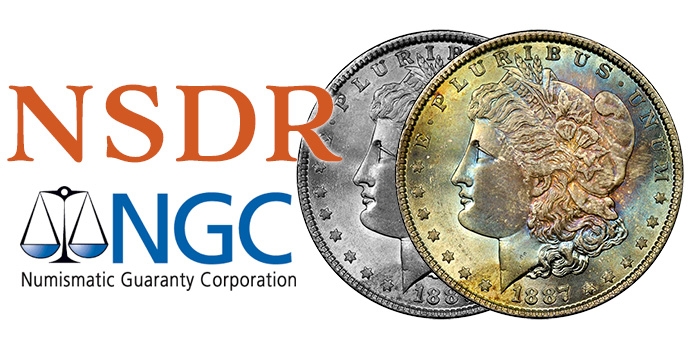 Numismatic Guaranty Corporation® (NGC®) has been named the official grading service of the National Silver Dollar Roundtable (NSDR), a non-profit organization dedicated to advancing numismatic knowledge of US silver dollars.

The NSDR was founded in 1982 and counts some of the hobby’s top experts as members. Mark Salzberg, Chairman of NGC, is a Life Member.

NGC has graded more than four million vintage US silver dollars since the third-party grading service was established in 1987. The figure represents more than 10% of the 40 million coins that NGC has graded. NGC has long been a leader in silver dollar certification. It created a blue label that wraps around original GSA Hoard holders to preserve the originality of the holder while certifying the grade of the coin.

NGC has also made a wealth of information about silver dollars available on its website, NGCcoin.com. The NGC Census, NGC Coin Explorer and US Coin Price Guide are among some of the popular features.

Salzberg praised the work of the NSDR:

“They have a sterling reputation within the coin collecting hobby, and it is an honor to be selected as their Official Grading Service. We admire their commitment to such an important part of the US numismatic marketplace.”

“NGC has long shared our objective of increased interest and more educational opportunities for collectors and dealers of these coins,” said John Highfill, founder of the NSDR. “We have worked closely with NGC for a number of years and are excited to take our collaboration to a higher level.”

NGC has also been the Official Grading Service of the American Numismatic Association (ANA) since 1995 and the Professional Numismatists Guild (PNG) since 2004.

State of the Art

This site uses Akismet to reduce spam. Learn how your comment data is processed.